Air ✈️ | Sea 🛳 | Truck 🚚- All you need to know to ship Thailand 🇹🇭- Vietnam 🇻🇳| Learn more about our services and get your FREE quote within 48h!

Shipping goods between Thailand and Vietnam: The ultimate to-do-list

You’re certainly close to do an importation of goods between Vietnam and Thailand if you’re asking this to yourself.

This article was written to answer all the possible questions about this subject, because great English data is hard to sort out about it on the internet. Several hours spent on this topic and many years of practice on the Asian freight market is enabling us to give you all the essential details to control this process.

It doesn’t matter if you have many years of experience in the import/export field, or if it’s your first time, if you only need to do a single exportation/importation, or regular freights in time.

This article will provide you valuable information that will permit you to increase or enforce your freight operation. 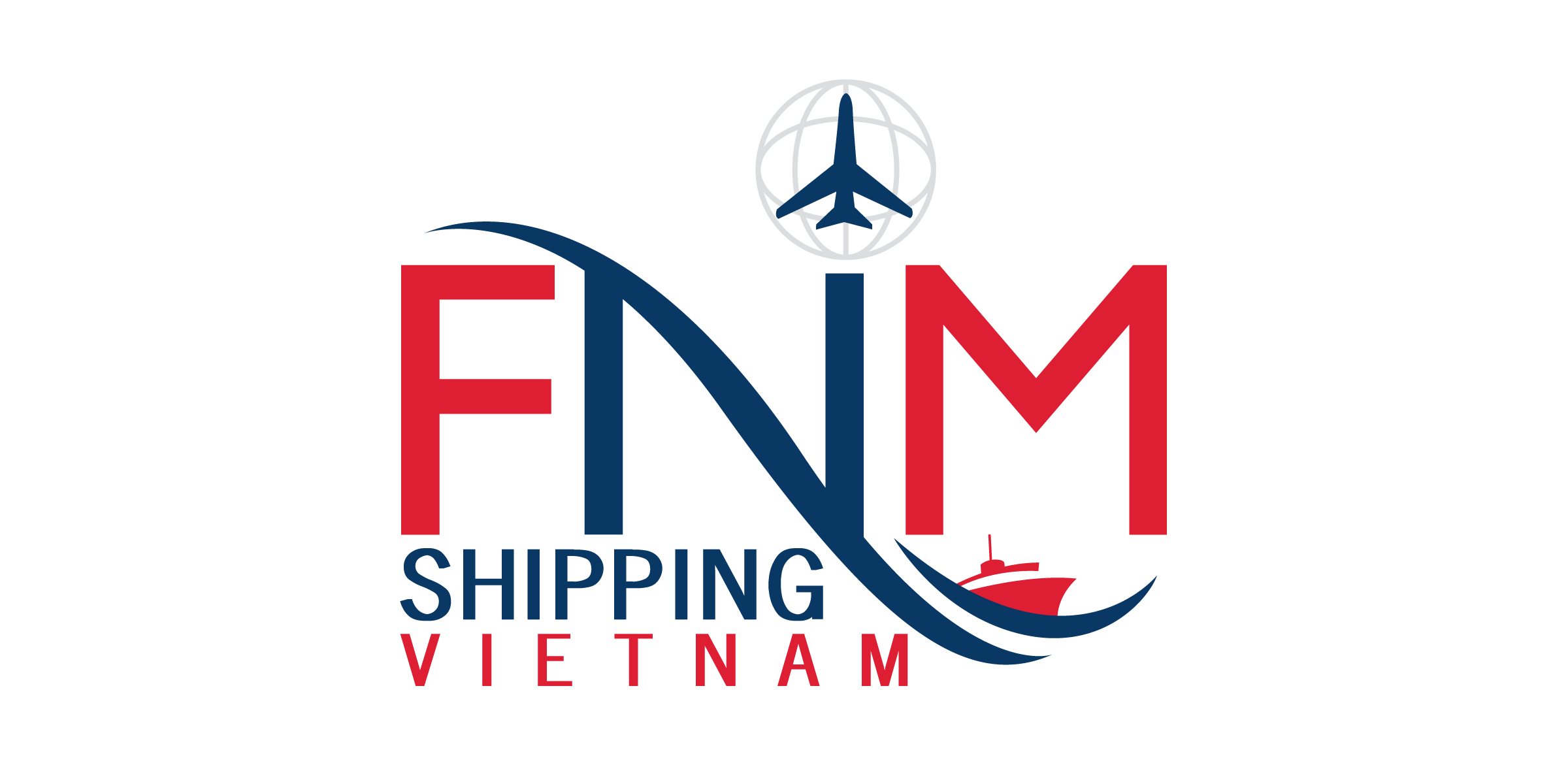 SIAM SHIPPING AND DOCSHIPPER GROUP ADVISE YOU ON THE BEST METHOD

WHAT IS THE MOST SUITABLE METHOD OF TRANSPORT ? 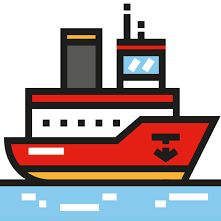 Ocean freight will be the best deal for you if:

Contact us now ! Your personal DOCSHIPPER advisor will find out a customized solution for your import process between Thailand & Vietnam.

Ocean cargo from Thailand to Vietnam

Remark Docshipper: Considering the 3 major parameters that are time of transit, security and price, this is the most effective freight solution.

By dint of the proximity between the two countries, Ocean freight from Thailand to Vietnam is the most convenient option in your hand. Transit times are low, and prices are very competitive.

With its very elongated territory edging the South China Sea, Vietnam owns numerous harbours that enable goods to enter and leave the country. The two major ports are Haiphong Port and Ho Chi Minh City (HCMC). It’s explained by their closeness with the two biggest and busiest cities, Hanoi the capital, and HCMC the economical lung of Vietnam.

The other trade ports are smaller than those two. Whether they are little or large, all ports are well-equipped with FCL or LCL cargo services.

We can range the ports in three classes. The first is ports located on the north shoreline of the territory:

The 2nd class, which holds only Da Nang port, is the Central Vietnam port’s class.

To end, the 3rd and last class is including ports that are in the South of the country:

Here are is a table that defines transit times and rates on average, between the biggest Thai and Vietnamese ports. Smaller ports will have a slightly higher transit time than the two majors, because of their tiny traffic:

will have a slightly higher transit time than the two majors, because of their tiny traffic:

Docshipper Advice: To have precise rates and transit times for your Sea freight from Thailand to Vietnam, don’t hesitate to contact our Docshipper Experts. 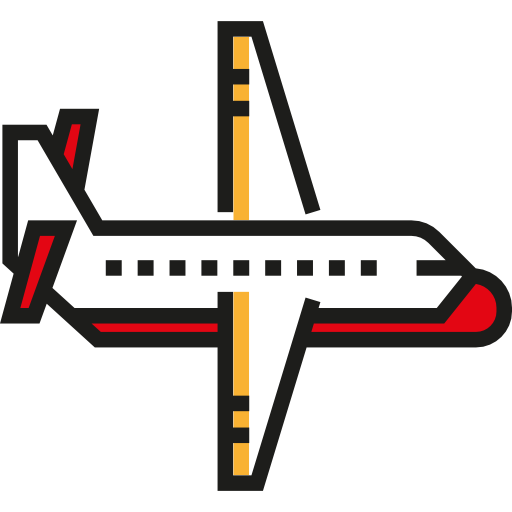 Air freight will be the most efficient solution if:

Remark Docshipper : Naturally, if you need to get your goods delivered as fast as possible, air freight is the best option for you. You are in the rush? Contact our Expert now !

Remark Docshipper : This way can be used as your principal transfer method, or only on punctual times.

Thailand and Vietnam are greatly equipped in International Airports. There are around 10 international airports that links the two countries to the rest of Asia and wider the world. They are all adapted in terms of freight ad passengers transfer. The biggest International Airlines are implanted in.

For your goods, it will take less than one day to transfer them from one country to another, via air freight.

Remark: Transit time are hard to estimate as it mainly depends of the budget: a direct flight available within a day is possible, but will probably be more expensive. In average, you can expect 2/3 days (export process included)

Otherwise, our Docshipper experts are every time at your disposal if you have any questions ! Fill our online form in 1 min, one of our experts will contact you within 48H ! 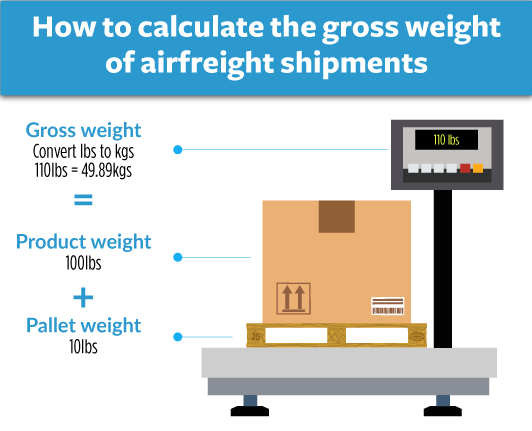 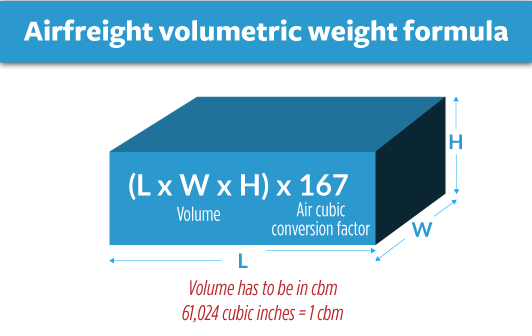 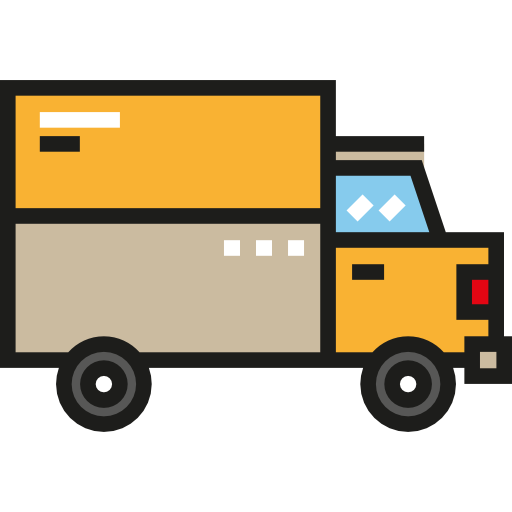 Road freight will be the most convenient option if:

Contact us now! Your Docshipper Expert will find out the best logistic option for your shipment from Thailand to Vietnam!

Remark Docshipper: Road freight will rarely be a great solution to consider, to transfer goods between these two countries

*We’re not advising you to choose Road freight for your transfer between Thailand and Vietnam, and this for many reasons.

First, roads in Laos, Cambodia, Thailand and Vietnam are not very well designed and in good conditions, and major traffic jams can happen almost anytime anywhere. Also, the average age of the truck fleet in those 4 countries is older than 15 years. Thus, even if the middle time to link the two countries is less than 3 days, a big delay can easily happen.

Remark Docshipper : Regarding transit time you can expect maximum 10 days if it starts from the west of Thailand and finish to the east of Vietnam. Otherwise, the transit could start from 2/3 days if we just need to cross the border and deliver your parcel. 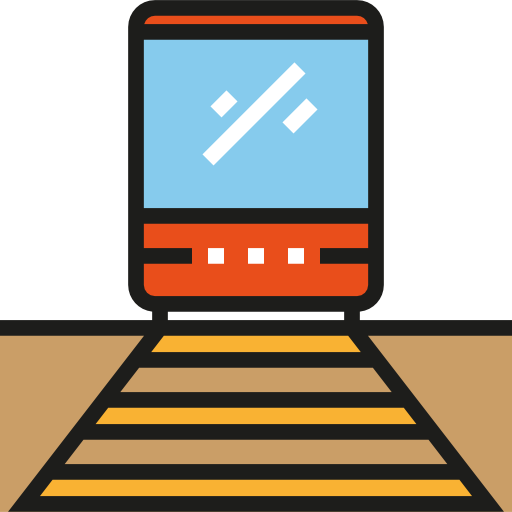 Rail freight will be the best solution for you, in the case that:

Contact us now! Your Docshipper Expert will find out the best logistic option for your shipment from Thailand to Vietnam!

Remark SIAM: Railways are well working in Vietnam to link the cities of its very elongated territory. Using them for your business might be a smart move.

Even if there aren’t high-speed railways in Indochina, the railway network is dense enough to link all the Thai and Vietnamese major cities in less than 5 days. As Thailand and Vietnam doesn’t have boarders in common, all the trains are passing through Laos and Cambodia. Some of the lines are passing through their capitals Vientiane and Phnom Penh.

Here is a table detailing the different transit times between major cities/province in Thailand and Vietnam:

Remark Docshipper : Regarding transit time you can expect maximum 6 days if it starts from the extreme north/south of Thailand (like “Chiang Rai” in the north or “Phuket” in the south) and finish to the south of Vietnam (like “Ho Chi Minh City“). Otherwise, the transit could start from 2 days if we ship from the east of Thailand to the west of Vietnam.

You are looking for logistics and/or sourcing services ? You need a dedicated assistance ?
Our experts will answer you within 24h !
FREE QUOTE

OUR CUSTOMS BROKER INFORM YOU

What duties and taxes will I pay for my goods ?

Remark Docshipper: It is the first thing you need to think about when you’re planning an International freight.

Belonging both on the Indochina peninsula, Vietnam and Thailand always had a deep common history in terms of trades and economy. In 2018, 5% of the importations in Vietnam where coming from Thailand. More focused on China and Japan, only 2% of the imported goods in Thailand are coming from Vietnam.

Because both countries are part of the ASEAN economical community, duties and taxes from Thailand to Vietnam have been decreased and facilitated. This was stated in an official agreement called the ASEAN Trade in Goods Agreement (ATIGA).

This partnership reduced the import duties in Vietnam to 0-5 percent on 98.86 percent of their tariff lines, for goods in provenance of Thailand and other ASEAN countries.

*This links below will help you to calculate the taxes you may pay to transfer products between the countries.

Info Docshipper : Please find the lastest (and official) document from ASEAN agreement on the following link: Tariffs under the ASEAN trade in goods agreement (ATIGA)

*In this document, you will find all the taxes that applies on each good that you transfer to Vietnam ordered by the HS code (in the AHTN 2012 column).

Import duties between Thailand and Vietnam

Vietnam is aligned with the Harmonized Tariff System (HTS) for imported and exported goods coming from members states of the Association of Southeast Asian Nations (ASEAN).

Here is the composition of an HS Code, you can now see what an HS code is and what does it mean.

You can also search for the taxes on the official website of the Vietnamese customs. If you know the HS code of your goods, write it in the searching bar. If you don’t know the HS code, type key words to designate your goods in the “Description” bar. For example, if you’re searching for the taxes that applies on a milking machine, fulfil the “lookup import tax” like this.

To find further information about duties and taxes in Vietnam according to your HS code, please check the official website: Customs in Vietnam 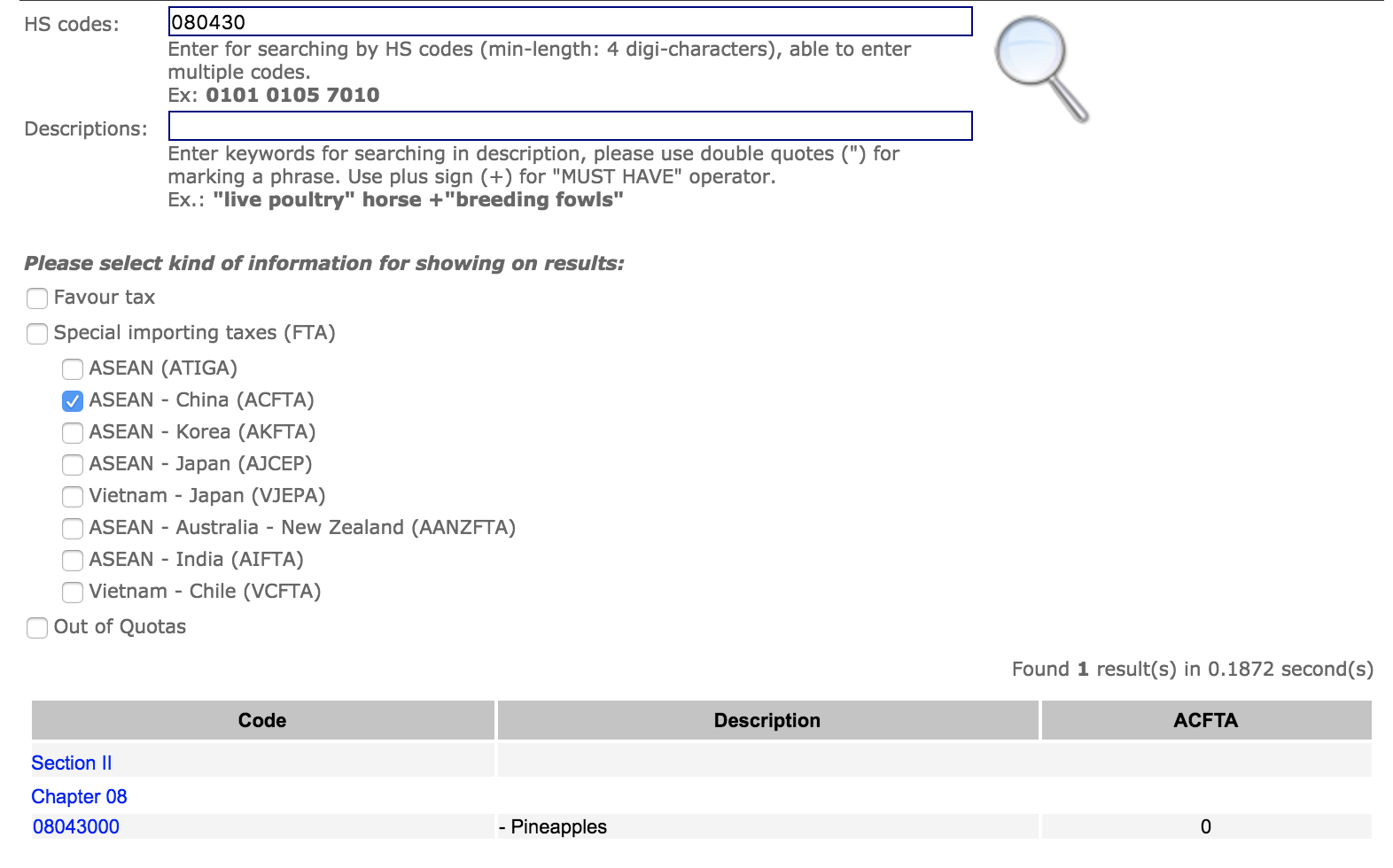 Is it possible to be exempted of taxes for an importation from Thailand?

Remark Docshipper : This may be one of the first thing you ask yourself when doing freight between the two countries.

As both countries are members of the ASEAN Free Trade Area, most of the goods transiting between the two countries are submitted to no taxes or maximum 5% taxes on their FOB value.

The Certificate of Origin (CO)

The CO is certifying that the goods shipped have a defined place and country of origin. This document must be provided by a notary public or government. It’s important for you to have it in order to benefit of the Common Effective Preferential Tariff (CEPT) existing between the two countries.

Products under CEPT of a Member state to another shall be eligible for preferential concessions. To be eligible, these products must be supported by a CO, as said before.

In the ASEAN Trade in Goods Agreement, Vietnam engaged itself to reduce drastically its import duties by 2015. For many ASEAN imported products, tariff lines have been eliminated. 2018 has been a decisive year in the Tax elimination planning. For example, all the taxes applied on vehicles had been eliminated at the beginning of this year while they where rising at 50% in 2015. We can say that the ATIGA is fully effective since 2019.

Info Docshipper : To sum up, if you want to import goods from Thailand to Vietnam you will probably not pay any duties and taxes, or at the maximum 5% of taxes and have no or a very little paperwork to do in order to transfer your goods.

Goods exempted of tax in Vietnam

Some goods are tax-free in Vietnam, but they should fulfil certain conditions:

*Now that you know the different legislation existing in terms of trade between the two countries, you will certainly learn more about the shipping details. 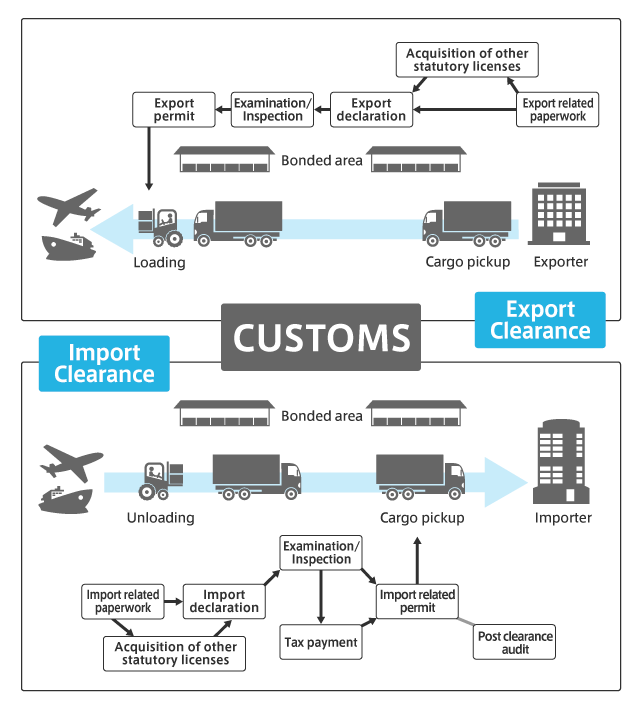 OUR CUSTOMS BROKER INFORM YOU

Remark Docshipper : If you have one of the following item, you should check directly with our SIAM - Docshipper Experts. Some of those items are restricted or even totally prohibited, it is important to anticipate such shipment to avoid any problem.

SIAM Shipping with Docshipper group understands what customers needs and builds a long term relationship with its loyal customers. Your satisfaction, our success !

« Respect is earned. Honesty is appreciated. Trust is gained. Loyalty is returned. »

Contact us and receive an answer within 24 hours maximum

Our customs broker will guarantee a trouble-free clearance

Small or big expedition, we manage all your needs!

We speak English, French and Thai to avoid misunderstanding

We secure all our shipments, safety is our priority! 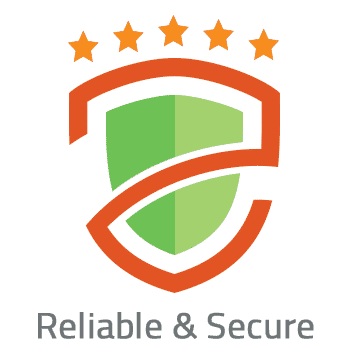