Siam has offices in all locations of the world to help you with all of your international purchasing and supply needs. Our services are now available in over 40 countries. Our ISO-certified supply chain approach allows us to not only work with the top Asian suppliers, but also to assist you in getting the best bargain.

With a population of 96.2 million people in 2019, Vietnam is a bastion of globalization. Surrounded by China, Laos, and Cambodia, the country has established itself as a desirable commercial destination.

We collaborate with our customers to find and develop products with Asian suppliers that meet their needs. Importing and exporting has never been easier than with Siam.

You wish to mail your packages as quickly as possible? It's all about air freight for you. The plane is an attractive method for covering significant distances in a short amount of time. However, you must be wary of the price, which is not cheap. In addition, it is one of the most polluting modes of transportation available. As a result, great consideration is required before employing this technique.

There are two choices for air freight in comparison to maritime freight:

Shipping to and from Vietnam by sea

Do you need to transport a significant amount of products hundreds of thousands of kilometers? It's all about sea freight for you. This mode of transportation, which is ideal for moving a high number of goods at an amazing price, is today the most often employed alternative for and by businesses. 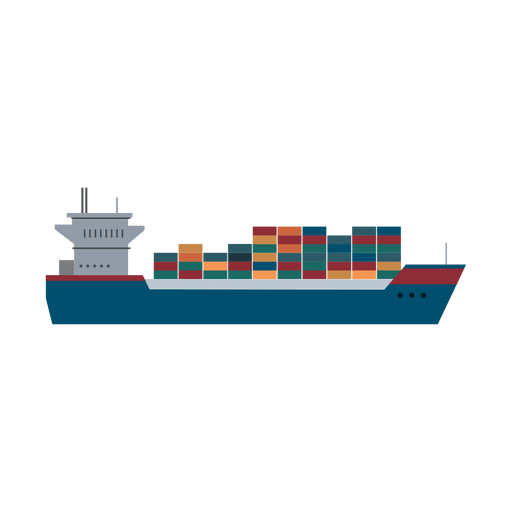 You can send your items by sea in one of two ways: 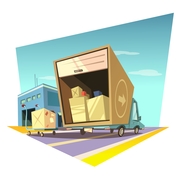 Then there's the road freight. It is a cost-effective alternative for connecting critical places such as

your industrial warehouses or even for door-to-door delivery if the distance is small. This is a specialty of cross-border transportation. We also transport our newly arrived goods from the airport or the port by truck. In short, while some companies prefer to use trucks for long

distances due to their low cost, road freight is an almost indispensable solution that provides tailored and efficient solutions for more or less short distances.

Hanoi, which literally translates as "the city between the two rivers" due to its location between the Red River and the Duong River, is Vietnam's capital and the country's second most populous city, with a population of approximately 8 million people.

It's around 90 kilometers from the Gulf of Tonkin and 1,760 kilometers north of Ho Chi Minh City, along the Red River.

Finally, Hanoi has an international airport called Noi Bai, which is located 45 kilometers north of the city center in the Soc Son district. It is the country's largest airport in the north.

Ho Chi Minh City is the most populous city in Vietnam, with a population of over 13 million people dispersed throughout a broad metropolitan region.

All of these factors combine to make Ho Chi Minh City one of Vietnam's most important air and maritime traffic hubs, particularly with its port and Tan Son Nhat airport.

DocShipper has developed a range of post-transport services, including various beneficial services when beginning a business in Vietnam, because it is important to be prepared in order to avoid the worst.

Who hasn't had their belongings ruined during a trip? DocShipper has designed its packing service to avoid such an unpleasant surprise, which should not be overlooked because it has a significant impact on the remainder of the activities. Damaged and inadequately wrapped goods can cause the entire logistics chain to be delayed, which is not ideal. 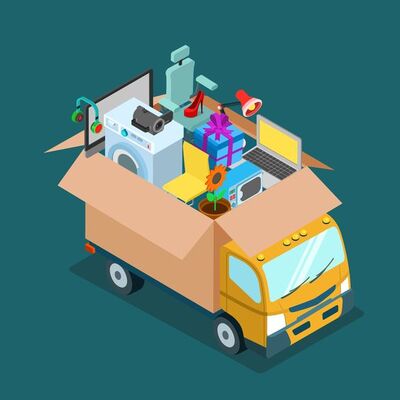 Do you need a location to keep your belongings for a short or long time? DocShipper provides warehouses for rent, allowing you to store your items safely without risking damage to your equipment.

Don't want your shipment to be held up at the border? Don't worry; DocShipper's customs clearance service and professionals will ensure that this does not happen to you! Customs play an important role in international logistics. Your items may be held up at the border if your file is incomplete. To acquire the permission of the customs officials, it is required to fill out the file with careful caution.

DocShipper info : Your transportation is protected with Siam; find out more about our insurance program, which covers up to 100% of our shipments in the event of damage or loss.

The port of Ho Chi Minh City is, as its name suggests, a port connected to Ho Chi Minh City, Vietnam's economic center. It is made up of a slew of little ports connected to one another that, when combined, make a massive port. It is the country's primary port and ranks as the world's 24th largest port. This is primarily owing to the volume of traffic, particularly the freight that passes through on a daily basis.

Tan Son Nhat Airport is a short distance from the city center and serves as the gateway to Ho Chi Minh City for all aircraft.

Tan Son Naht Airport is frequently congested, despite the fact that it was designed for a maximum capacity of around 25 million passengers per year.

Noi Bai International Airport is located in the city of Noi Bai.

Noi Bai International Airport, 35 kilometers north of Hanoi, is the arrival point for all aircraft to Hanoi.

The airport was developed by the North Vietnamese military air force and became Hanoi's principal airport after Vietnam's reunification (1975).

Noi Bai Airport, which has undergone modernisation and development, is presently the country's second-largest airport in terms of aviation traffic and passenger numbers, after Tan Son Nhat Airport in Ho Chi Minh City.

Docshipper Tip : Airports, like as Noi Bai International Airport, can be overcrowded at times, making it difficult to import and export.

But don't be alarmed! DocShipper's express service is dedicated to taking care of your logistics from start to finish, delivering a dependable and efficient experience while removing the burden from your life.

Is DocShipper a freight forwarder?

Yes and no! We are a freight forwarder, but we are much more than that. We have a unique business model that allows us to support our customers throughout the entire product cycle: our sourcing department will assist you throughout the entire purchasing process, the logistics department will handle the transport operations and finally our 3PL department will help you manage your B2C orders (if you are an E-retailer). All you have to do is focus on promoting and selling your products, and we will take care of the rest.

How much will I pay for DocShipper services?

It is impossible to give you a ballpark figure. Apart from a few services that have a fixed charge, the majority of our solutions are built on a case-by-case basis. Project costs are therefore extremely variable. You have a serious project? Do not hesitate to contact us! Our team is very reactive, and you will receive feedback and a quote within 48 hours (provided that we have all the necessary information and can develop a solution).

How can DocShipper help me in Vietnam?

DocShipper offers unique support, a tailor-made solution that includes all your needs. From procurement to distribution, including compliance, quality control, transportation and customs clearance. You don't have to waste time in a field you don't master, leave it to the professionals!

How can DocShipper help me find a supplier?

DocShipper is primarily a network of agents and suppliers that we have certified around the world. So we probably have a supplier in our database that you might be interested in. If not, our sourcing team will search through our network to find the wholesaler that will fit your expectations: in terms of quantity, price and quality.

What is a door-to-door service?

A door to door service is a logistic solution that includes all the needs of your project: packing, international freight, customs clearance... You don't have to do anything, we take care of everything. And just as well, this service is our specialty!